He was a man whose searching for truth of history regarding the Quran caused him to be labelled an apostate and death threats put on his life. 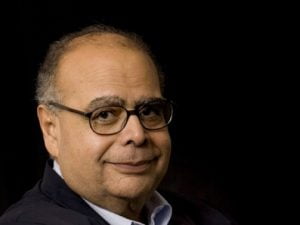 Nasr Abu Zayd the Egyptian who is an academic and a researcher of the Quran. He is famous for his project of a humanistic Qur’anic hermeneutics, which “challenged mainstream views” on the Qur’an

THE Koran is a text, a literary text, and the only way to understand, explain, and analyze it is through a literary approach,” Abu Zaid says. “This is an essential theological issue.”

In 1995 an Egyptian Sharia court declared him an apostate, this led to threats of death and his fleeing Egypt several week later.

Nasr Abu Zayd and his wife flew to Madrid, then decided to go from Spain to the Netherlands, where he was invited to teach as a Visiting Professor at the Leiden University. Abu Zayd explained, “I couldn’t take more than two months of around the clock security. Whenever someone came to visit they had to be cleared. Whenever I wanted to go out I had to coordinate with security. I couldn’t just go to a coffee shop with my friends and play a round of backgammon. What kind of life was that?”

In 1998 his marriage to his wife was nullified. All this time he continued to insist he was Muslim and he was only a researcher trying to get to the truth of the matter:

“I’m sure that I’m a Muslim. My worst fear is that people in Europe may consider and treat me as a critic of Islam. I’m not. I’m not a new Salman Rushdie, and don’t want to be welcomed and treated as such. I’m a researcher. I’m critical of old and modern Islamic thought. I treat the Qur’an as a naṣṣ (text) given by God to the Prophet Muhammad. That text is put into a human language, which is the Arabic language. When I said so, I was accused of saying that the Prophet Muhammad wrote the Qur’an. This is not a crisis of thought, but a crisis of conscience.”

He later “quietly” returned to Egypt where he died.

What is the Quran (The Atlantic)