I was on the “Secular Jihadists” podcast October 4, 2018 with Armin Nabavi and Ali Rizvi. The topic was “How to discuss with Muslims”

Abdullah Sameer is an increasingly popular and influential atheist writer and YouTuber who was once a very religious Muslim. He preached Islam for fifteen years and founded popular Islamic websites like Light Upon Light and VerseByVerseQuran. In 2016, he announced that he left Islam in a controversial video that is now nearing a million views. In this episode we will talk about his background—his father was Ismaili and his mother Sunni—and his story of embracing religion only to leave it. We will talk about his remarkable talent of engaging all kinds of people in constructive dialogue, be they Muslims, ex-Muslims or others. We will also talk about how other ex-Muslims can use platforms like YouTube and blogs to widen this conversation as he has. Don’t miss this! 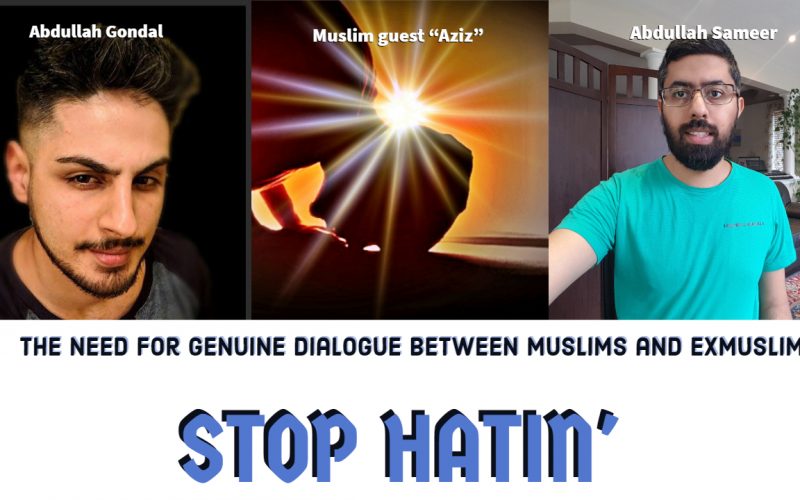 The need for genuine dialogue between Muslims and Exmuslims with Abdullah Gondal, Abdullah Sameer and special Muslim guest Aziz on the importance of being respectful, tolerant, and some of the hot questions like “Why is slavery in the Quran” or “Can alcohol ever be permitted?”