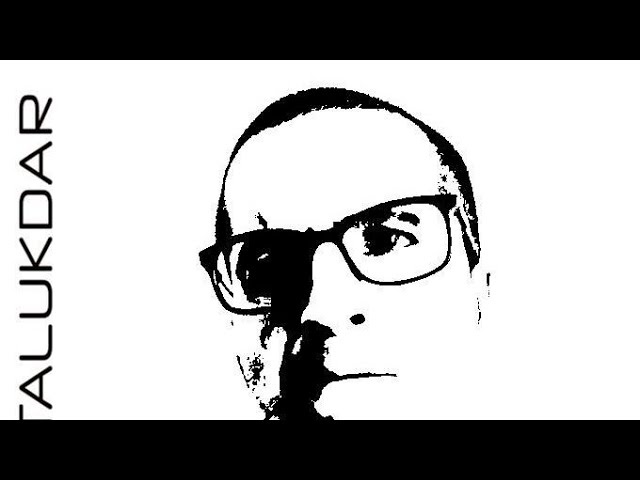 015 – Losing My Religion. Why is Islam losing so many people?

I’m going to be talking to Murad from Australia about the Apostasy Tsunami sweeping across Islamic communities and why so many are leaving or doubting the faith. He left Islam 20 years ago and is currently writing a novel set in a parallel universe where Musaylimah became the Messenger of God and defeated Muhammad’s forces at the Battle of Yamama. 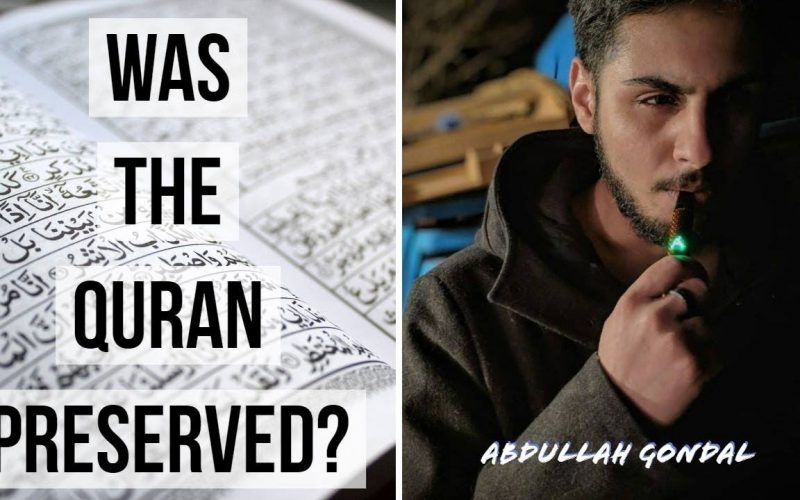 Was the Quran Preserved. An analysis from earliest sources including the oldest manuscripts, hadith literature, tafsir, abrogation, the satanic verses incident

013 – Discussion with Abdullah Gondal: Did Muhammad have Temporal Lobe Epilepsy?

– Muhammad had a very troubled childhood where he lost both his parents at an extremely tender age. This would have a deep and everlasting effect on a young mind. At a very young age Muhammad had his first hallucination. Two men allegedly held him and performed an open heart surgery in the middle of the desert. http://sunnah.com/muslim/1/320

What’s interesting is the reaction of Halima. The lady who took care of Muhammad as a young child had been told that Muhammad had a stroke. Halima herself believed that Muhammad had been possessed by a demon. No external entity could verify the alleged experience.
‎Ibn ishaq records the following on page 72
‎”His [Muhammad’s friend’s] father said to me, “I am afraid that this child has had a stroke, so take him back to his family before the result appears. ….. She [Muhammad’s mother] asked me what happened and gave me no peace until I told her. When she asked if I feared a demon had possessed him, I replied that I did.”

Even more profound is the fact Muhammad claimed to have had an almost identical experience once again just before the mairaj where his heart was opened up and angel Gabriel performed an open heart surgery. What for? Hallucinations aren’t supposed to make sense.
https://sunnah.com/bukhari/25/119

– Before Muhammad claimed prophethood, he claimed that he could hear stones praising him. A very strong auditory hallucination where inanimate objects talk to people.
http://sunnah.com/muslim/43/2

This didn’t stop here. Muhammad went on to see mythical beings called Jins and that a tree informed him of them. Again an inanimate object is conversing or interacting with Muhammad.
https://sunnah.com/bukhari/63/85

It got worse when we are told a tree stump was crying like a baby because it missed Muhammad. Muhammad had to hug a tree stump. Just picture the final prophet of God hugging trees because they miss him and cry.
https://sunnah.com/riyadussaliheen/19/24

As his delusion continued Muhammad made statements that trees will talk to the believers and inform them of Jews hiding behind them.
https://sunnah.com/muslim/54/105

– Another very interesting incident is before prophethood Muhammad is helping people with the re construction of the kaabah. His uncle asks him to remove his lower garment and use it to aid in carrying the stones. Muhammad agrees but suddenly falls unconscious as his garment is taken off. His eyes rolled towards the sky and he woke up panicking about his garment.
https://sunnah.com/muslim/3/93
https://sunnah.com/muslim/3/94

– The first revelation highlights many key issues in understanding what really happened to Muhammad. An angel allegedly appeared and hugged/strangled Muhammad so hard that he could barely breathe. This went on for 3 times till Muhammad thought he is almost going to die. When having seizures people’s muscles stiffen up and they have a hard time breathing alongside elevated heart rates.
https://sunnah.com/muslim/1/310

Ibn ishaq p#106 also adds that Muhammad awoke from sleep. This all could have been just a vision or a vivid dream. It also adds that Muhammads own first reaction to this was thinking he has either been possessed or gone crazy. Muhammad then became suicidal and tried jumping off mountains. He would go up a mountain but hear a voice saying he is the prophet of God. Then he would see Gabriel standing like a man covering the horizon. Note that Muhammad would turn and look at different parts of the sky and still see the same image. This is an indication that the image was generated and imposed by his brain hence it appeared wherever he looked. (See attached screenshot)https://sunnah.com/bukhari/91/1

– Notice that the following narration mentions Muhammad’s neck muscles twitching with terror. Uncontrollable muscle movements is another effect of a seizure
https://sunnah.com/bukhari/91/1

But what’s even more surprising is that bells are the instruments of Satan! Why would God make his messenger hear ringing bells as the Quran is being revealed. Who was Gabriel?
https://sunnah.com/muslim/37/159

– Another thing to notice is during these Divine experiences Muhammad would have jittery teeth and lips. It sounded like a drone of bees by his face
https://sunnah.com/urn/641980

At times the revelations made Muhammad sound like a snorting camel. Also they would cover his face out of respect.
https://sunnah.com/muslim/15/8

– Visual hallucinations like a green screen covering the horizon.
https://sunnah.com/urn/45360

-Cold sweats are another indication of a seizure as seen here. Muhammads forehead would get flooded with sweat.
https://sunnah.com/urn/635020

– People with mental disorders suffer phases with loss of memory and hinderance to a few other cognitive faculties. Here Muhammad had “magic” cast on him to the point he would forget he had sex or not with his wives. The rest of the narration is as buzzare and superstitious one can get.
http://sunnah.com/bukhari/76/79
https://sunnah.com/bukhari/78/93

When we examine the Quran. We can clearly see that it’s a product of a very delusional mind. It sounds eloquent in places while disjointed in others. It jumps randomly from topic to topic and the book struggles to maintain any consistency. It is full of pointless repetitions. Has nothing original and mostly copies stories from Judaism, Christianity and Zorastrianism, with a few minor changes. It invokes magic and supernatural phenomenon for almost everything whilst making ridiculous statements that shooting stars are missiles shot at Satan. For some reason has very sadistic torture mentioned as depictions of hell like boiling oil being poured on people’s heads, making them drink boiling water and pus and putting iron hooks and chains on people. Coupled with Muhammads claims that he flew on a winged beast to meet God and split the moon in half, it becomes clear this is anything from God and Muhammad was delusional.

Indeed the infinitely wise chose to send his final ever revelation in a way that his prophet looks like a mental patient.

012 – Abdullah Gondal and Abdullah Sameer On Jinn and Tonic Show

We discuss debates, a Facebook group we got kicked out of, a surah like it, and   debate that was kaiboshed.

Hajj Talib is a friend of mine who I have known for several years. He is a convert to Islam for around 33 years, and recently went through a process of awakening. He had a tough childhood, going from a broken home with an abusive father to living in a foster home and learning to fight to survive. He is now an internationally recognized martial arts master, published author, mentor, seminar leader and public speaker, and is working on a book called “From Munich to Mecca.” Talib is widely traveled and studied and even taught Arabic. He used to work as a visiting imam in prisons in England. 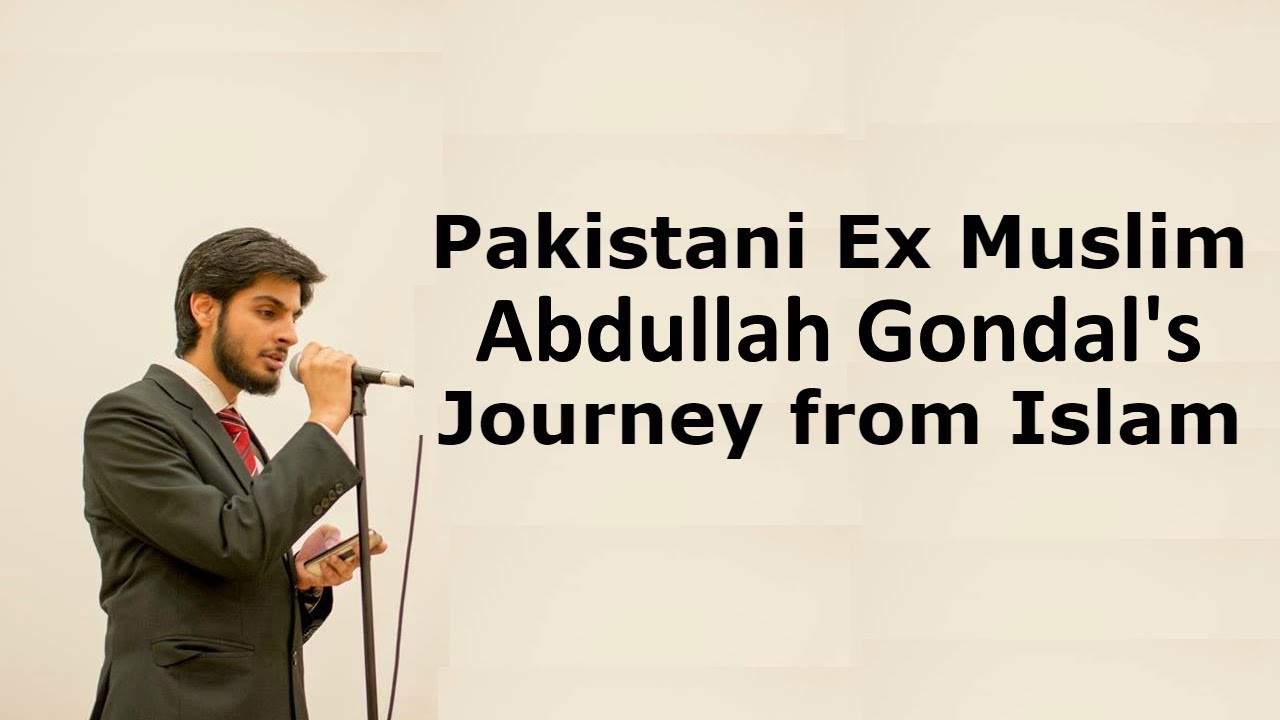 Just had a GREAT live discussion with Abdullah Gondal. He really spoke from his heart, almost in tears sometimes, about how he wished Muslims could know what he now knew. He also presented some arguments as to why he no longer believes in the religion.
Follow him on FB here

009b – Design in Nature, Justice of Hell and God’s Existence

Going live to answer your questions and discuss Design in Nature, Justice of Hell and God’s Existence, morality, near death experiences and other stuff

Links posted in the chat:

Women, the Inferior Species in Islam

We had a great conversation on today’s jinn and tonic show. First question: Did Muhammad only kill those who deserved to die and only in self defense? About Islamic reform, and other things.

007 – Abdullah Interviewed on “Who Knew I was Right?” podcast

My latest interview is up! We discuss before/after islam, hajj, ismailism, sunni islam, hijab/niqab and other stuff!

I discuss islamic finance, polygamy, evolution, the quran and child marriage, marriage to aisha, the linguistic miracle of the Quran..

I have some guests with me yesterday!
IntrovertedSmiles, Rob, and StopSpamming from the Jinn And Tonic Show

004 – Abdullah on Jinn and Tonic Show

I was invited to the Jinn and Tonic Show!
We discuss my journey, Ali Dawah, debates, faith, leaving faith, and a few other things

The Jinn and Tonic Show – The Mystery of Valley Bakkah, Mecca, and the changing Qiblah – Part 2

I answer questions from viewers. We discuss physics, the big bang, the beginning of the universe, fine tuning, exmuslims, existence of God, signs of the day of judgement, Muhammad’s messengership, quantum physics, arguments against Islam, drinking, hajj, the petra theory, why there’s life on Earth, should Islam be eliminated on Earth, foundation for morality, why do people hold on to religion, Jordan Peterson, pascals wager, related exmuslim channels, prayer, mufassil Islam, Imam Tawhidi and more

Links:
– Limits of humanity
– Creation myths of the world
– Why is there something rather than nothing
– Responding to the moral argument
– My ex-Ahmadiyya friend ReasonOnFaith 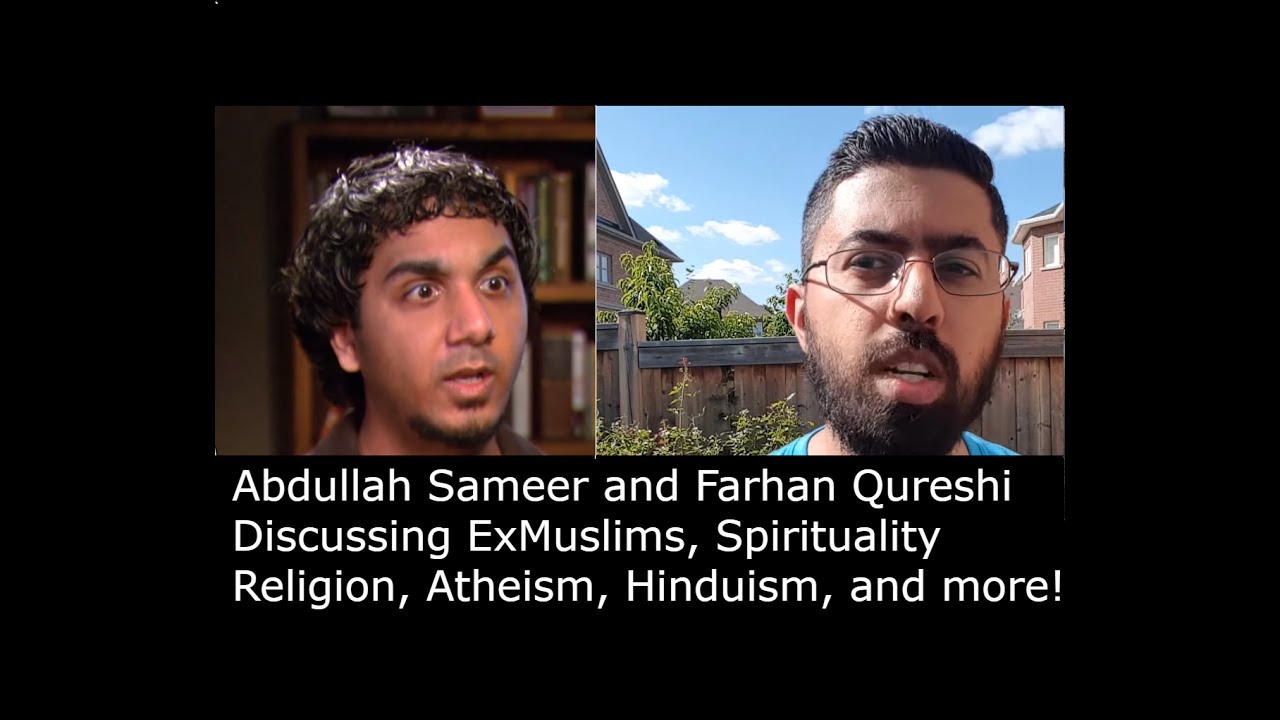