In Islam it is forbidden to have sex with your wife while she is menstruating.  This idea existed before Islam and continued into Islam.  The idea that a woman is dirty or impure during menstruation comes from ancient myth and has no basis in reality. The author of the Quran seemed unaware of the purpose of the monthly period. There is no medical reason to avoid period sex and in fact many women are more sexually aroused during this period. If both partners are comfortable, intercourse during menstruation can be wonderful and satisfying.

The God of the Bible and Quran seems very concerned about avoiding women during their monthly cycle.  But he never once mentioned in these books the purpose of the period. In fact, not once does the Quran mention the female egg.  It seems completely unaware that it even exists![ref]Embryology in the Quran[/ref]

Karl Ernst von Baer discovered the mammalian ovum in 1827, and Edgar Allen discovered the human ovum in 1928.[ref]Egg Cell (Wikipedia)[/ref]  As you can see, we literally had no idea it even existed until very recently.

If the Quran would have pointed out the female egg, this could have been one sign of its divine authorship.

Menstruation was not well understood until quite recently in history.

In fact, the word “taboo”comes from the Polynesian word tapua, which means both “sacred” and “menstrual flow.” So the very idea of a concept too powerful or horrible to even talk about is derived from the perfectly ordinary bit of blood that we women deal with every month.[ref]7 Crazy Period Myths[/ref]

Many cultures placed restrictions on menstruating women. In the Hindu faith, menstruating women are traditionally considered ritually impure and given rules to follow. During menstruation, women are not allowed to “enter the kitchen and temples, sleep in the day-time, bathe, wear flowers, have sex, touch other males or females. They may not mount a horse, ox, or elephant, nor may they drive a vehicle. Women themselves are seen as impure and polluted, and are often isolated as untouchables, unable to return to their family, for the length of their period.[ref]Menstrual Taboo (Wikipedia)[/ref] 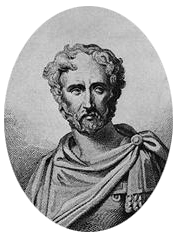 Many misconceptions about menstrual blood can be found in the first century writings of Pliny the Elder.  He wrote an encyclopedic work, Naturalis Historia (Natural History), which became a model for all other encyclopedias.[ref]Pliny the Elder (Wikipedia)[/ref]  He claimed that contact with menstrual blood could wreak all sorts of havoc including cause rust on bronze and iron objects, drive dogs mad, turn wine sour, kill off hives of bees, cause unripe fruit to fall from the trees, turn sharp blades dull, and shrivel seedlings.[ref]Menses Madness: Menstruation Myths and the Medieval Mindset[/ref]

The French once believed that a baby born from period sex would be “puny, languid, and moribund, subject to an infinity of fetid maladies, foul and stinking”. The Romans attributed the deformity of the god Vulcan to menstrual intercourse between Juno and Jupiter. Even as late as 1950 a survey of women concluded that the most common reason for abstinence was fear that intercourse during menstruation might lead to injury hemmorhage or infection. [ref]The Curse: A Cultural History Of Menstruation (Google Books)[/ref]

In Judaism, a woman during menstruation is referred to as “Nidah”.  They are forbidden to be touch their wife or even sleep in the same bed as her.

Some went even further such as the Jews in Ethiopia and completely isolated the woman into a different residence known as a niddah or menstruation hut.

And to a woman in her (state of) niddah impurity you should not come close (with intent to) reveal her nudity (Leviticus 18:19)

During the period of niddah, no sexual contact is allowed from the time the blood starts, until at least 7 days later if the blood has stopped.  Once this occurs, the woman showers and take a ritual bath (immersion in Mikveh) similar to the muslim ghusl. Once she has done this, she is ritually pure again and can have sex with her husband once again.

In this narration Prophet Muhammad admits he makes up rules as he went along based on his understanding at the time.

“I heard the Messenger of Allah say: ‘I wanted to forbid intercourse with a nursing mother, but then (I saw that) the Persians and the Romans do this, and it does not kill their children.’ (Ibn Majah, Saheeh, and other collections[ref]What is the ruling on gheelah in Islam?[/ref])

Here we have him honestly admitting that he would have forbid all Muslims to have sex with their wives during the breastfeeding if he thought it was harmful. And thus billions of people would suffer because of one man’s ignorance.  But is that not what Islam is? Muhammad’s faulty world view projected on the entire world?

Why would we want to base every aspect of our lives on the flawed understanding of Muhammad?

Muhammad also wanted his community to be different from the Jews and Christians, so he would intentionally modify their rules in order to make them different:

I heard the Messenger of Allah (ﷺ) as saying: “Jews and Christians do not dye their hair, so act differently from them.”
(Bukhari and Muslim, Saheeh)

So when it comes to menstruation, sex with women is forbidden similar to Judaism, but the rules are different.  The companions asked Muhammad about menstruation and this is what Allah revealed:

And they ask you about menstruation. Say, “It is harm, so keep away from wives during menstruation. And do not approach them until they are pure. And when they have purified themselves, then come to them from where Allah has ordained for you. Indeed, Allah loves those who are constantly repentant and loves those who purify themselves.” (Quran 2:222, Translation by Saheeh International)

The Jews, if any of their women was menstruating, would not eat with them or meet with them in their houses.

The Messenger of Allaah (peace and blessings of Allaah be upon him) said: “So do everything except intercourse.” News of that reached the Jews and they said, “What does this man want? He does not leave any of our affairs but he differs from it!” (Muslim 302, Similarly recorded in Nasai, Saheeh)

The following hadith concludes that women are deficient in the religion because of this:

Once Allah’s Messenger (ﷺ) went out to the Musalla (to offer the prayer) of `Id-al-Adha or Al-Fitr prayer. Then he passed by the women and said, “O women! Give alms, as I have seen that the majority of the dwellers of Hell-fire were you (women).” They asked, “Why is it so, O Allah’s Messenger (ﷺ) ?” He replied, “You curse frequently and are ungrateful to your husbands. I have not seen anyone more deficient in intelligence and religion than you. A cautious sensible man could be led astray by some of you.” The women asked, “O Allah’s Messenger (ﷺ)! What is deficient in our intelligence and religion?” He said, “Is not the evidence of two women equal to the witness of one man?” They replied in the affirmative. He said, “This is the deficiency in her intelligence. Isn’t it true that a woman can neither pray nor fast during her menses?” The women replied in the affirmative. He said, “This is the deficiency in her religion.” (Bukhari 304)

So we learn from Allah in 2:222 that women who are menstruating are:

Muslim women neither pray nor fast nor do tawaf on their period. It’s not just a sexual issue. Women are considered ritually impure and cannot perform their ritual prayers or fasting. In the Hanafi school of thought touching Quran or reading certain parts is forbidden during this time.[ref]IslamQA.org on reading Quran when menstruating[/ref]Yet a normal cut or wound doesn’t stop a person from praying.  It seems period blood is somehow different to Allah.[ref]Non menstrual bleeding – IslamQA[/ref]

Scholars come up with all sorts of nonsense pseudoscience in order to justify why you shouldn’t do it during her period:

Dr. Muhiy al-Deen al-‘Alabi said: “It is essential to refrain from having intercourse with a menstruating women because doing so leads to an increase in the flow of menstrual blood, because the veins of the uterus are congested and prone to rupture, and get damaged easily; and the wall of the vagina is also susceptible to injury, so the likelihood of inflammation is increased…”[ref]Can I have romance with my wife while she is in the state of inpurity (mens. and after child birth) – IslamQA[/ref][ref]The reason why it is forbidden to have intercourse with one’s wife when she is menstruating or bleeding following childbirth[/ref]

None of those reasons are medically sound.  As with most Islamic pseudoscience, it’s coming up with the conclusion first and then trying to find justifications for it.

Is Islam giving women a break from having sex, fasting and praying during this time?  Well it doesn’t seem like this was ever the reason.  Nowhere in the Quran or Sunnah do we see this reasoning ever mentioned.  The clear reason given is “impurity”

“And when they have purified (taṭahharna) themselves, then come to them from where Allah has ordained for you. ” (Quran 2:222)

We even have examples from the seerah where women were upset at being denied the option to worship. Aisha herself cried at not being able to complete her hajj because of menses.  She narrates:

“We set out with no intention other than Hajj. And when we were in Sarif, my menses came. The Messenger of Allah entered upon me while I was weeping, and he said: ‘Have your menses come?’ I said; ‘Yes.’ He said; ‘That is something that Allah, the Mightily and Sublime, has decreed for the daughters of Adam. Do everything that the pilgrim in Ihram does, but do not circumambulate the House.” (Nasai, Sahih)

Whoever misses fasting in Ramadan due to menstruation has to make it up later, which is often more difficult because of having to do it on her own without the support of the community.

Strangely (and not well known), a pregnant woman is obliged to fast if she doesn’t fear for her baby[ref]Ruling on fasting for pregnant women and breastfeeding mothers[/ref][ref]Breastfeeding During Pregnancy[/ref], thus depriving her baby of valuable nutrients at an essential time.  I remember being taught this by certain sheikhs who said at an AlMaghrib seminar “just because its difficult doesn’t mean its forbidden to fast while pregnant.  You should fast if you can!  I know many women who fasted while pregnant and breastfeeding” and sadly I also didn’t stop my wife from fasting while pregnant.

Muhammad called it a deficiency.  How is this giving a woman a break?

What the science really says

Sex during a period is perfectly safe and can actually be quite enjoyable! Due to changes in hormone levels women may actually feel more sexually aroused during this time.  For some women, sexual activity during menstruation can be even more pleasurable than at other times of the month. Period sex can be a pain reliever for women and lessen some of the symptoms such as cramps. And a study published in 2013 in Cephalalgia concluded that sexual activity may reduce migraine and cluster headache pain for some women. [ref]Everyday Health[/ref]

Islam is supposed to come to help mankind. How does putting arbitrary rules with no real benefit help us?  There is no reason to restrict something that is perfectly natural and pleasurable between a husband and wife.  If the wife doesn’t want sex during this time, that’s fine.  She can tell her husband and he can be understanding. Putting a blanket ban on intercourse does not increase the love in the relationship and misses out on valuable bonding opportunities.

113 thoughts on “Sex While Menstruating”